In this article I will describe some of the design challenges and decisions behind the NanoDesign DNA Origami application.

What exactly is DNA origami? DNA origami is the folding of DNA to create two- and three-dimensional structures at the nanoscale. The process involves the folding of a long single strand of DNA aided by multiple smaller "staple" strands. These shorter strands bind the longer one in various places, resulting in various shapes. DNA origami has found a number of applications from drug delivery systems to uses as circuitry and sensors. You can read more about this topic here. 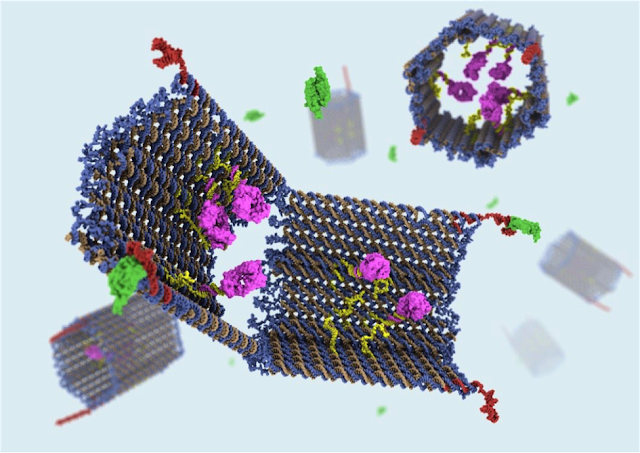 Several software applications for designing and analyzing DNA origami are currently available. The most prominent one - Cadnano simplifies and enhances the process of arranging DNA strands into three-dimensional nano structures. While being the de-facto standard in DNA origami design, Cadnano’s 2D interface quickly reaches its limits as the complexity of DNA structures increases. 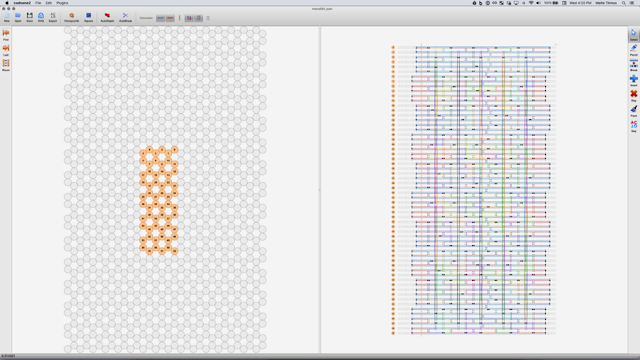 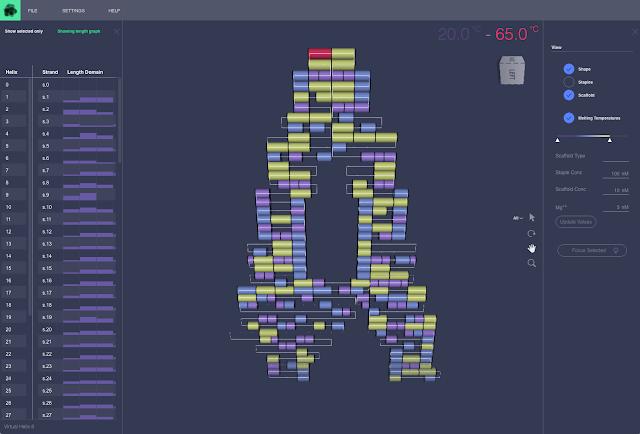 The information contained in DNA origami structures is dense. Rothemunds smiley face shown above is comprised of about 14,000 DNA bases. Imagine trying to read metro map with 14,000 stops! The initial challenge when we started with Nano Design was to find a visual system that is easy to read and navigate. 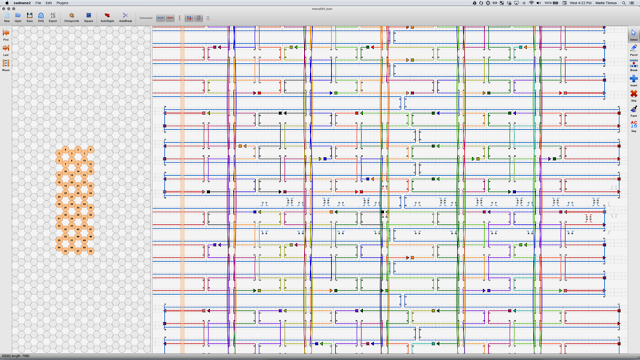 Our first step was to delve into the visual language itself. We needed a language that would allow us to display relevant information in a clear manner, while staying true to the physical form of DNA. Looking at successful examples of information design we investigated various examples of metro maps. Our approach was to take visual cues from the Moscow metro map and apply it to our 3D models. While being easy to read in smaller structures, the complexity of larger structures wasn’t solved yet. 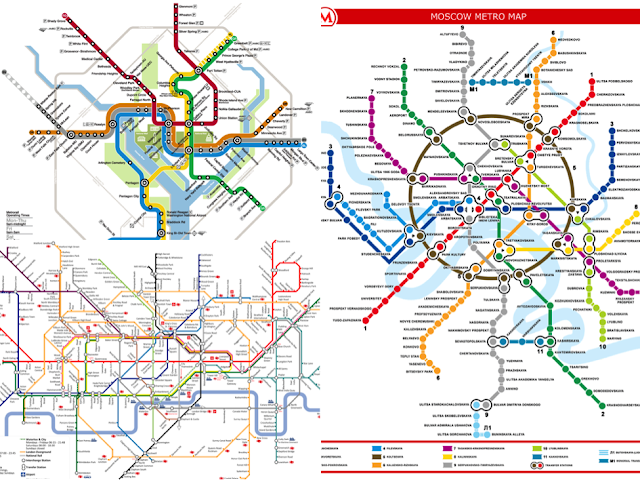 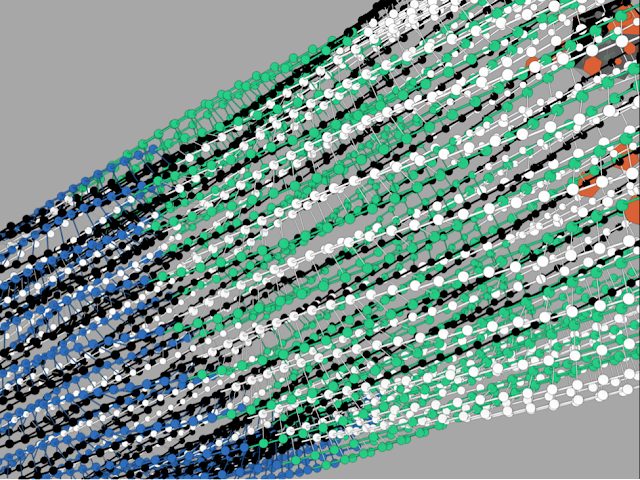 While being a good visual system, the problem of complexity is not solved

There is only a limited amount of data a user is able to parse at once - beyond that, data is perceived as noise. Our second strategy was to develop a system that would balance that threshold by hiding, or consolidating data. In practice this means as the user zooms out to see the entirety of the model, less detail is shown. As the user zooms into a smaller part of the model more detail is revealed. 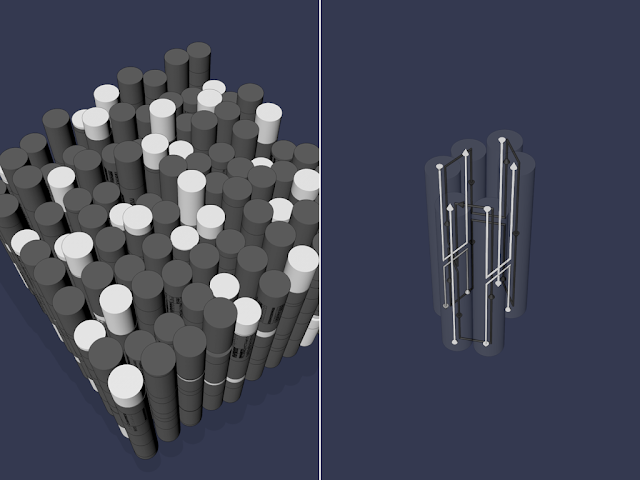 While solving the problem of displaying complexity, navigating it was still a challenge. Navigating 3D takes practice and time - users spend a lot of time zooming, panning and rotating the model to access points of interest. A lot of research has been done and incremental improvements are being made. Our approach was more radical, though: hands-off navigation where possible. In order to minimize needed user input we are analyzing the model for possible points of interest, then generate an automated walk through. The user selects a point of interest from a generated list and the camera automatically zooms to frame relevant area. Only minimal adjustment are needed. 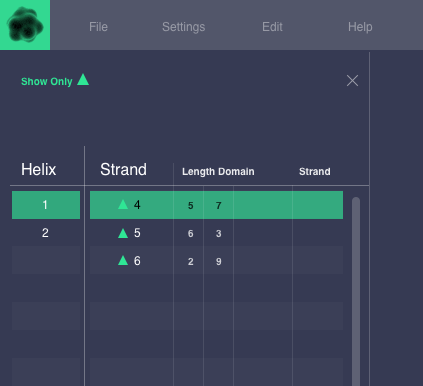 Points of interest are highlighted in green 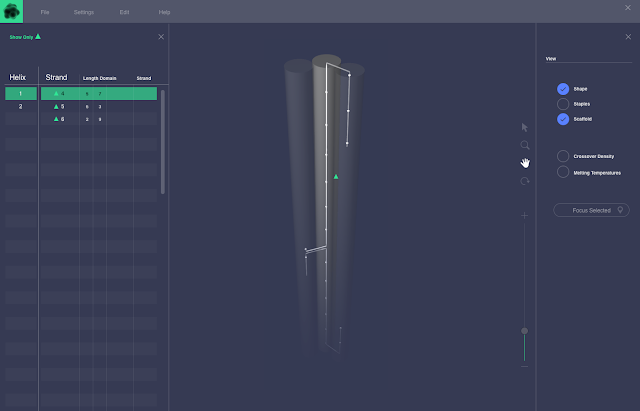 A selected point of interest is framed in the 3D view

Working on the visual language and interactions posed interesting challenges. The current release of NanoDesign brings needed improvements to the promising field of DNA Origami research. Further enhancements will focus on simulation and analysis of DNA structures.